Where we tick another game conference off the list and learn a little bit about efficient international travel. 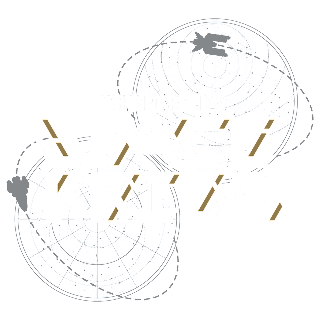 We've just got back from Malmö. Lovely, sunny* Malmö where we were attending the Nordic Game Conference. Why were we attending said conference? Well, you'll have to cast your mind back to Konsoll and... hey, it turns out I didn't write about the last Konsoll.

So, to bring you up to speed - we went to Konsoll last year. Well, we kinda didn't - we weren't invited in any official capacity but the lovely Yngvill brought us over to consult on their latest game, Pode. (TLDR: it's lovely)

Now a staple of Konsoll was always the Dragon's Den panel. It was great fun even if the quality of the pitches or the format got a bit dodgy at times. Last year's was no exception - it was, in all fairness, a bit of a car crash. The pitches were either terribly executed or they were for a game that was utter dross. Picking a winner was like trying to work out whether it would be better to lick someone else's sweaty armpit or have them lick yours. There were discussions afterwards about how bad it was and someone mooted the idea of doing it "properly". That's when I said I'd have a crack at it.

After all, if you want to spend your time explaining to others what was wrong with their pitch, you'd better be able to step up and prove you can do it yourself.

So that's what we did. Jacob and Teddy from Nordic Game came along to the following Konsoll and invited people to pitch their games to a bunch of investors and judges. The winner would make it through to the finals at the Nordic Game Conference.

You can probably see where this is going.

We decided to pitch Space Krieg to the judges and, despite some incredibly fierce competition from some very worthy games, we won! Yay!

So that meant that we had to arrange a trip to Malmö.

The second is one of equipment. Space Krieg is a MOBA. That means it's multiplayer. Which means you need several machines** and a network***. We have a pair of Macs. For Insomnia, we were able to bring our own monitors but we didn't feel comfortable flying them out of the country. That meant acquiring a couple of PC****s and 4 monitors when we got there.

Now you've heard me say Malmö several times thus far. It's the Gun Crime Capital. Well, that's if you believe Breitbart is a viable news source... What's definitely true is that it's in Sweden. So, we looked into flights. Would you believe that there are no direct flights to Malmö from London? You have to change at Kastrup airport in Copenhagen, Denmark. It's a short stopover then you fly on to Sturup airport in Malmö.

Except that's a silly thing to do. If you did that, what would happen is you'd land in Denmark, wait a bit, then fly to somewhere that is actually further away from Malmö than you are whilst in Copenhagen. Instead, you should take a flight to Copenhagen then just get on the train for 20 minutes. It also happens to take you across a pretty cool bridge***** which spawns out of a tunnel in the middle of the sea. Coming from an island nation, it still feels pretty weird getting on a train to change countries... The only thing this set of travel arrangements does it make it very hard to book flights and accommodation at the same time as all of those websites pretty much assume that you'd like a hotel in the same country as the one you're booking a flight to. I know - crazy, right?

Nevertheless, Leanne was able to get us a cheap hotel that we thought would be at least within walking distance of where the conference was. In actual fact, she had managed to book a hotel that overlooked the entrance to the conference. #convenient.

Arrival And The Pitch


The conference started on the 17th of May but, as that's Norwegian National Day, flights to Scandinavia seem to be super expensive then. As we were on a shoestring, we had booked our flights to arrive on the 18th for the Discovery Day on the 19th which is when we had been told the finals would be held.

Except we weren't in the finals. We were in the semi finals. Which started on the 17th. Thankfully we were able to re-arrange our slot and pitch on the 18th in the second semi final.

The pitch that I had used in Konsoll was re-worked everso slightly - mostly to incorporate the wonderful Text Mesh Pro for some nifty font rendering. I took to the stage and...

... the wheels fell off. We didn't quite get through it all, just like at Konsoll, but we got through the important bits. Somewhere along the line I clearly fucked up though as the judges just didn't seem to get it. The thing that makes Space Krieg what it is is the input mechanism and that's what they didn't understand at all. By the time they'd burned up the 5 minutes allotted for questions, we'd barely got past the "tell me again why this input method is cool" stage.

The Gala Dinner that night was a bit of a blur - but we did meet some lovely people from Housemarque who promised to come and check us out the following day. The winners were announced and we weren't amongst them. It really knocked the wind out of my sails. The rest of the day was just a haze and we called it early so we could be there for 9am, which is when we'd been told to meet to give us an hour to set up the booth.

The following morning we were there... but a lot of people weren't. It had been quite a night by all accounts so the morning was going to get off to a slow - and for the love of God please - quiet, delicate start. Eventually the doors opened and we were allowed in to start setting up. The monitors and PCs we needed rocked up and we were Go!

That's when any of the remaining wheels we had fell off again.


We're getting pretty adept at keeping our booth kit well stocked. Other than the actual machines, we try to carry everything we might need - from duct tape to scissors to banners to table cloths to... well, you get the idea.

We set the network up, got the machines all powered up and the game installed on all of them. Now all I had to do was figure out how to install the server. I had already been showed this and it was relatively simple to do - get the host machine's ip and tell the others to connect to it directly. Piece of cake, even though the machine I was doing it on was in Danish...

We got the IP address no problem but the server didn't work and the error messages were in Danish. Best we could figure was that there were two problems. One was to do with an incorrect version of the .NET framework. The other was a missing .dll.config file.

The server would run but the other machines couldn't connect to it. The reason was the server was trying to be an internet server and refused to set a local IP address without that missing file.

A call to tech support back in the UK and he sent me the missing dll file over on Messenger. This, BTW, is the reason why I have that cheap EU data roaming package activated on my phone. Except I had no way of getting it from my phone onto the PC.

Plan B involved trying to edit shortcuts and use debug parameters. He would tell me what we needed to try and I'd inform him that there wasn't such an option. At least, I couldn't see it because it was all in fucking DANISH. We reverted to counting how many menu options there were and using their index instead but still nothing worked.

It was time to try getting on the internet with our machines.

The WiFi, unsurprisingly, didn't work. You'll often find these venues provide you with WiFi but, in our experience, it's always oversubscribed and flaky as hell.

We tried transcribing the file into a new file and copying that over. To no avail - I think, in an effort to be all user friendly and shit, the file format is hidden under layers of crap that isn't readily available for editing. I was tearing my hair out at this point. The doors had already opened to the attendees for a couple of hours and whenever they came over to our stand, all they saw were four monitors showing various error messages in a variety of OS. This isn't the sort of impression you want to be making.

About now I was a gnat's knacker from just saying "fuck it" and packing everything up.

I went for a walk over to the Unity booth - partly to try and clear my head but also to see if they had any internet and if it would be possible for me to use one of their machines to get on to my Facebook account and pull down that file. Instead, Cathy pointed me at a whole other WiFi network that seemed to actually work and we were able to get the file down.

Once we put that in the correct location it all worked! Now the server was up and running and setting a local IP address and...

the other machines still wouldn't connect. But that was simply because they were using an old IP override method - a text file - rather than a new, secret-and-yet-more-convenient debug menu on the title screen. Once that was known, it was simplicity itself to get them all to connect by typing in the required IP address...

... except on the machine running the server.

I checked. I double checked. Then I noticed something strange.

Did you know that on a Danish keyboard, where the '.' key would be on the number pad is actually a ','? No? Neither did I.

With all of that sorted, everything worked according to plan. We were up and running - a couple of hours later than intended and with considerably more grey hairs than when we started.

The reception was, once again, excellent. Usually, a good indicator is how many people return later for more goes. We had that in spades. The Housemarque guys rocked up. Teams were formed. Vendettas enacted upon. There was banter. There were ambushes. There was both teamwork and terrible cases of friendly fire. There were high fives and fist bumps aplenty.

Whilst we missed out on our initial reason for being there, some good contacts were made and the card exchange ritual enacted - Twitch, Nvidia and GOG all expressed an interest in the project. Also, the list of eager beta test candidates grows with each exhibition - which is going to be a great way of kickstarting our community.

So I guess it ended up okay, although my stress levels have yet to return to normal and the ego is going to take a very long time to recover.

* Seriously - it was way hotter than the south coast of England despite being a couple of hundred miles further north and, you know - in Scandinavia.
** The more the merrier but we generally demo it 2v2, which is fine.
*** We bring our own LAN because it's a good idea not to rely on whether or not you'll have ethernet or internet access at whatever show you end up at.
**** The server software only runs on a Windows machine.
***** 3rd longest bridge in Europe by all accounts.
Labels: booth conference game development konsoll Nordic Game Conference pitch space krieg Sweden