No luck at the poker so it looks like I'd better make a go of this game development lark after all. At least I'm getting much better at eating solid food, even if my jaw looks like someone has set about it with a sledgehammer. Also, we had a very pleasant weekend subjecting a couple of friends to more board games than they would otherwise have been comfortable with.


It is our intention to give the game a much stronger narrative than it had before. Given that it had almost no narrative, that shouldn't be too hard. We've got an idea for an overarching plot that loosely ties everything to the first game but it can also be constructed in quite a modular way. To that end, everything will be a series of side-quests and little adventures, all building up to an epic climax. Leastways, that's the aim.

One of the first steps was to start creating a bunch of characters. Our process for this has been pretty simple - find one of our friends that we want to include in the game, assign them some kind of relevant character trait and come up with a reason for them to be there. Whilst it won't mean much to the user-base at large, it gives us a great starting point and hopefully shows some measure of thanks to our friends for their support. I guess it's the sort of thing you might expect to find in a Kickstarter reward tier*.

Anyway, we now have a pad with a whole bunch of characters and some key story points written down. I've managed to write a rudimentary conversation system which will be used to communicate with these characters as well as give out quests and the like.

As for the player characters, we're currently still discussing the level of customisation we're going to allow the player to have. At the very least we want different robes, hats and staves.

This customisation stuff raises an interesting point - the link between aesthetics and gameplay. It's something that often bakes my noodle. It makes sense that the reason the player would pick a particular item of clothing is based on one of two criteria. Either they like the way it looks or they want the gameplay bonuses conferred by it.

The problem arises when they actively want one aspect without the other. That is to say, here's a mighty Hat Of Badassery that has awesome stats but looks like someone curled one out on your head. Actually, it doesn't have to be all that bad but because aesthetics are so subjective, it can get quite emotive. You may end up with your avatar in the game being dressed in stuff that you just don't like the look of but you need to wear them because of the perceived gameplay bonuses you're getting.

We are by no means the first developers to run in to this. This scenario can also be used as a great illustration for the issue of seemingly easy solutions causing even more problems or contrivances later on down the line. The simplest solution is to just not care - make things look interesting and give them stats accordingly. But that's when you can end up with the above scenario and have players uncomfortable with their own avatar.

Or we go the other way - clothes are purely aesthetic and there's some other aspect of non-visible equipment (like Rings for example) that apply gameplay bonuses. Many MMOs these days utilise some kind of display system where you actually get to equip your character twice - once for a hidden layer that confers the stat bonuses and a second, visible layer that displays what you actually want your character to look like.


Another of the issues we're having with SGQ is the fact that we're both gamers. This may seem a little odd, but hear me out.

The problem is that we're falling back on established tropes and doing things the way we expect them to be done in other games. It's habit really. For example, the way quests are handled. This is an RPG. Therefore you go somewhere** and chat to someone*** and they give you a quest****. Then you navigate to said quest, kick the crap out of a bunch of monsters, harvest whatever phat lewt is required and return to the quest giver for your payment. This is simply The Way It Has Always Been Done and an obvious starting point.

The problem arises when you begin to realise that we're making this game on mobile and people who play mobile games aren't really "gamers" as we would understand them. They have the attention span of a fruit fly and unless they can simply pound a single green button to move everything along, they find things too complicated and lose interest. At least that's what any modern mobile developer's analytics will tell them.

Our initial design revolved around Inns, Quest Logs and Maps. As with the original, these would all be separate scenes in Unity. To be fair, the Old Way could use a little streamlining, so we eventually came up with something a little more fluid. The eureka moment was when we realised we could use something akin to the tech tree stuff to populate the world with quests and therefore author the entire game. That has now become the plan.

The player now has a global Map to scroll around. It is filled with interesting Locations - like the Town or the Goblin Hills or whatever - and each of these Locations has a number of Encounters in them. These Encounters can be anything from a Quest to a Character to talk to. Each Location is unlocked according to a set of criteria dictated by what the player has already done. Normally this just means the player will have to have had a particular conversation (say from the quest giver), already completed a particular quest or is in possession of a particular Item.

All of this happens in a single scene but we're going to load up others for the Shoppe, Spellbook and Bestiary. Either way, the Map will form the hub of the game and the act of scrolling around and exploring these Locations is pretty tactile and very suited to touchscreen devices.

We're also big fans of the way Dark Souls does it's NPC stuff. You encounter NPCs out in the wild in various locations depending on your progress through the game and where you last met them. Sometimes they move on to another location deeper in to the game and other times they return to the hub for you to interact with whenever you return home from your adventures. 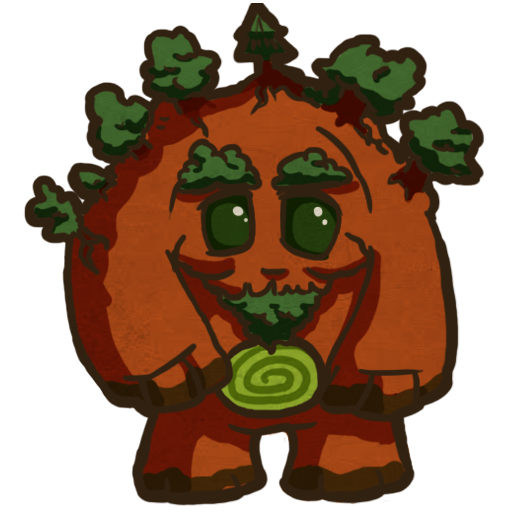 Another cool new feature for SGQ is the Henchmen system. This allows for the player to bring other characters in to combat instead of them. I guess it's a bit like Pokemon where you swap out to another member of your party. In reality, we'll probably just restrict it to a single Henchman that you bring on any given Quest with you. The system is also going to allow us to re-work the Summons. That is to say that you'll actually be able to summon these creatures to fight for you rather than just have them appear for a single attack.

But the really cool thing will be the Player Henchmen. Your player data would be stored on a server somewhere and your friends would be able to access it and take you on Quests as their Henchman. This gives the game a more connected and social aspect that, certainly in mobile gaming, can be very beneficial indeed.

As an idea, it's very exciting. There are some practicalities to consider though, not least of which is not knowing how to construct and then maintain a server infrastructure as well as accounts and friends lists. I'm sure there's a load of Game Center stuff that could handle it, but it's a big ask. It also rather relies on some serious levels of player customisation which, as we've already explained, is a lot of work - certainly on the art side. The more customisation we have though, the more players can express themselves, but all of that is seriously undervalued if there isn't a public forum for them to show their creations off to others.

* Hmm. Not a bad idea now that I think about it. Do you want to be in the game? Well, we're open to offers...
** Almost always an Inn.
*** Mysterious stranger.
**** Bring me n Withered Ogre Genitalia. And don't ask questions.
Labels: dev diary game development Glyph Quest iOS MMO