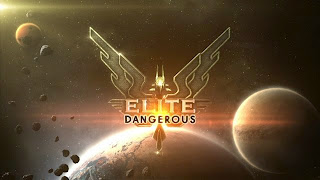 In which I talk more about the adventures of Bulk Paint: Space Adventurer. Or, more correctly, Space Waiting-For-A-File-To-Download Person. I got home and set the whole thing running whilst I could then indulge in bathtime and bonus cuddles with Little Miss Up Way Past Her Bedtime.
“Nice fat pipe”, I thought. “Should be done in no time and I can hit the Black as soon as I've put her to bed.”
Sadly, I think everyone with a Mac had the same idea. I think it's because a Mac release of something is so rare that everyone flocks to it, just so they can tell their grandchildren that they were there. Either way, 0.4MB/s was plainly ridiculous.

10 o'clock came and went and with it, my opportunity for 8 hours of sleep before the morning commute. Ah well. At least I'd be able to play it tomor... wait! Did that bar just fill up? Is it fully downloaded? Perhaps I can get in one mission before bed? Leanne asks when she should tell me to turn in for the night. I say I've got this*.

A Measure Of Control

First things first – let's crack out the gamepad. In the absence of any HOTAS, the trusty 360 pad is being called into action. Takes a bit of time to get everything set up but eventually I'm airborne and... yawing a bit. Switching to a different input mode sorts it out.
Now to go and find that Eagle that I got for pre-ordering the game in the first place. Oh look! It's in the same system. Should be easy enough. Launch. Jump. Dock. Head for the pad. Forget how the throttle works. Ding off the control tower. Lose my shields. Back up and try it again. Land.
Consider trading the Eagle in for a quick 40k but decide against it. Jump into the cockpit and look for missions that want me to blow stuff up. Find some guy looking for someone to take down 2 Traders. Seems legit. Accept and launch. Still a little sketchy getting through the mail slot, but a bit smoother than mouse + keyboard. Lock in the target system and off we go. Jumping!

Arrive in system and... now what? Where are these guys? Let's head to... I don't know... pick a planet at random. After the, now traditional, flyby and loop back, I'm in orbit. Traders are nowhere to be seen. Jump again and find another spot. Let's try an asteroid belt.
Nope – nothing. Just some AIs, mining themselves into an early grave. I've heard about Signal Sources or some such – maybe I try to find one of those? From what I've seen, these things are all over the place, so how come I can't find one?
Wait! There's one. Slingshot around like I planned it then drop in on that poor, unsuspecting... Cobra! Ooh – this should be fun.
Deploy hardpoints and open fire! Yeah! Take that you Trader scum! Feel the wrath of whoever it is I'm working for! Pew! Pew! Pew! Oh, you lost your shields? Poor you! Taste my poorly configured** Pulse Lasers!
Ouch. Okay, good shot sir... and again. Hey, what happened to my shields? Okay, some evasive flying and let's try to stay clear of his front arc. A dodge here, a deft roll there. Give my shields a chance to regene... ouch! Sparks? Fire? This isn't going as well as I'd hoped. Redirect power to shields! Get them back online! Hey – what's the key for redirecting power to shields? Perhaps this is something I should have looked up before I launched?
Boom!
My Eagle is no more. Twisted wreckage in a cloud of hubris.
Insurance pays out though – only costs me a couple of k in the end. Of course, it's early doors and that couple of k accounts for a third of my total cash. Still, lesson learned. Now it's in to the fitting screen to sort out those lasers. It's easy to get them nicely lined up – two underslung hardpoints at the front of the ship should do it. I can even give the thing a lick of paint as it appears I have a red livery I can use. Wonder where that came from? Never mind – on it goes. The Red Eagle is ready to fly again! Ooh, skull decals. Maybe I'll leave them a bit until I've done something that warrants a fearsome skull. Perhaps I should get another laser and stick it on that top hardpoint? Triple Pulse Lasers, baby! Except... I can't afford it. I would have been able to afford it if I didn't just have to shell out on Eagle Insurance. Dammit!
Next step – hit up the Options screen and find out how to direct power. D-Pad you say? Why didn't I think of that?
Let's find that Trader chap and give him what for. What for, it turns out, is nothing – the mission vanishes when you blow up. Not to worry – I'll pick up another one. Except it doesn't look like anyone is after someone to go somewhere and blow something up. Perhaps I should turn in for the night?
Welp! 00:20 – I should definitely turn in for the night. Or invent a time machine. Or something that gives me a full nights sleep in only 10 minutes.

Drag myself out of bed. Time for a mission before I leave the house.
No! That's stupid. Pack up your stuff and get in to work. You might be able to get a mission in before everyone else arrives. Remember to bring the joypad. This means leaving something behind. Sandwiches perhaps? No - the laptop's power cable is boldly sacrificed – I think I'm going to sleep on the train in anyway rather than get more stuff done on Space Krieg.

Standing outside the office. First to arrive. This means I don't have a keyfob and can't get in...

At my desk. Let's crack out the gamepad and get it all set up. You ever tried getting a 360 gamepad to work on a Mac? Downloaded the Tattiebogle driver but it doesn't recognise the fact that the pad's plugged in. Google Fu reveals that I need to open up Terminal and sacrifice a chicken***. Chicken sacrificed. Mac rebooted. Gamepad recognised. Let's get into space!
Spend pretty much the same amount of time re-configuring the controls. This means that I should probably stop flapping and get on with some actual work.

That's enough work for the time being. How about shooting some Space Bastards? Off, into the void as no-one wants to give me a mission. Find a weak signal source and drop in to find some floating wreckage. There's a couple of cannisters of Biowaste too. Remember how to open up the cargo scoop and snaffle them up, only dinging one of them off my hull like a ping-pong ball in the process. It's like free money!
Hmm. Why does that say “Illicit Cargo”? This might be trickier than I'd hoped. Need to find a black market and probably avoid the big stations – I'm not confident enough with docking yet to try the Silent Running approach. Stick to the Outposts instead where I'm less likely to get scanned. Jump!
Drop out of supercruise and line up. Request docking permission. Denied!
Wait! They know I'm carrying dodgy crap? Oh well – let's try the next one. Thankfully, there appear to be a whole load of them in this system. Jump! Drop! Request docking permission.
Denied again. Oh, come on! Wait a second... ah. I'm further out than 7.5km. Get closer and try again. Permission granted! Dock.
…
No black market. Can't offload the merch. Launch and try the next station. And the next. And the next. This is getting tedious. It also dawns on my that I may well have gone back to a couple of outposts that I've already visited. Perhaps I should just dump the cargo and do something else. Besides, lunchtime is over.
Consider buying a skin for my Eagle and Sidewinder since they're only £2 and it seems like I'm going to be spending a lot of time in them. Half-heartedly attempt to persuade Stace to join me by showing him pictures of the ships decked out in Urban Camo and shamelessly reminiscing about that big diamond convoy we did from New Tokyo in Freelancer one time...

Pick up a courier mission. Tiny paycheck but doesn't seem to require any cargo space or for me to have to fight anyone. I just want a quick one before I head home. Find the target system, drop in and head for the target Outpost. Request docking permission.
Denied. Oh FFS. What now? Check distance. Close enough. Check rating with the station's faction. Neutral. Perhaps it's full? Keep requesting permission. Yes! Finally. Pad 3 for me...
Except someone's still on Pad 3. Poxy Sidewinder. Get off my pad you eejit! Don't you realise my docking request expires soon? Contemplate blasting him out of the sky. But I'm in a no-fire zone. Consider backing off and shooting him from outside the zone. Dismiss this as far too risky. Finally, he shifts his stupid noob ship out of my way and I'm down.
Now I realise that it's 17:49 and the chances of making it from Tottenham Court Road to Victoria**** in time for the 8:16 are slim. But I don't fancy hanging around for the next one, so I snarf everything up and peg it...
Make it by the skin of my teeth, Sit down. Start writing this.

* I do not have this.
** One above the other. Looks weird when you fire.
*** Type some stuff in that looks entirely unintelligible. Macs are silly.


**** With no Central Line, so a walk to Oxford Circus instead. More 'jog' actually. I have no shame.
Labels: elite dangerous games